I’ve been reading, quite extensively at times. Old favourites, new ones. Gorging on a new-found author. (Erm, not literally.) 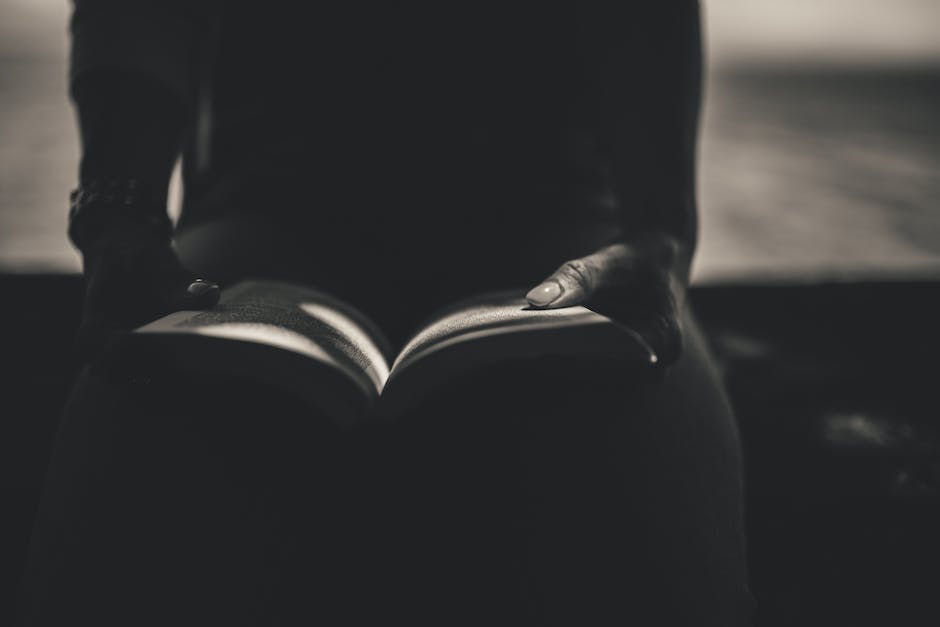 It seems that the closer I come to The Adventure, the more I try to avoid thinking about it. It’s subconscious, I don’t think ‘come now, Ness, let us avoid reality.’ But, it happens. I’m excited about The Adventure, terribly so. Nervous, anxious, itching to get on with it. But staying whelmed by reading.

(That’s the opposite of overwhelmed. I’m giving it a new definition.)

… or I’m reading so much because I am a dedicated bookworm at heart. It could just be that too.

I didn’t know it until last night, but I am well on my way to matrimonial bliss. An Englishman, Irishman, and Scotsman (doesn’t that sound like the setup for a joke?) walked into my place of work.

(Well, I know that one was Irish, one was Scottish, and the other was either English or Irish or Scottish. I’m not sure; the ear I should have for accents is profoundly deaf.)

The probable Englishman (‘my name’s such and such, but you can call me ‘fiance”) admitted that he didn’t have enough cash for a quick elopement to Las Vegas, so the Scotsman gamely stepped up and offered (‘I do‘ he said, clearly foreshadowing our vows). 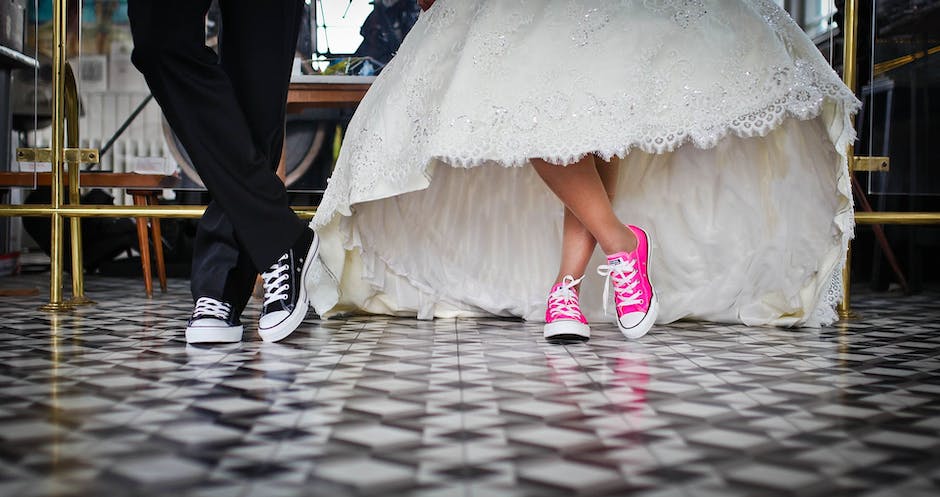 We’re getting married in Las Vegas on the 12th of September (he was too busy on the 10th) and are going to have matching tattoos, and flame-haired children.

So that’s that sorted, then.

This is a bit embarrassing. I’ve been suffering a mighty writer’s block brought about by three things:

BUT I HAVE HAD A BREAKTHROUGH. (And this is the embarrassing bit.)

I was writing until half one last night/early this morning. AND ALL I DID WAS CHANGE THE FONT.

I just … nope. Why? Why does my brain act this way? Why?! Why couldn’t it have been ‘you must bathe in the milk of a unicorn at dawn when the crow calls twice with lisp and once with a hiccup’ or something like that. But noooo, it turns out that I’m a simple woman with simple ways to get over things: have writer’s block? Change the font. Boom. Done.

I think I’d make a terrible arty book heroine; I’ve no complicated connection to my artistic soul. Fonts. That’s the key. I’m not bitter about it, or anything …

You can write, but you don’t want to. Motivation has dried up, vanished. You want to read, or get up off your chair and explore the world, and do Life Things. But alas, you cannot – you’ve got a word count to reach, and by golly, you want to reach it.

Have no fear, my friend! I’ve thrown together a few pointers that have helped me, and hopefully will aid you …

I’m sorry, but it must be done. Bookmark tabs you want to keep, but by all means, exit. You have to. (And you can always Restore Previous Session should everything be Terribly Important.)

… if you weren’t already. But by this I mean, sit yourself down mentally. Stare at the screen or paper and be ready to write. Don’t fidget or berate your mind for coming up with a dry-as-bone story. Nope. Don’t do that.

One writer I know tells me that he sits down every morning and says to himself nicely, “It’s not like you don’t have a choice, because you do – you can either type or kill yourself”

All right, the above may be a little drastic, but my point in using it is this: don’t give yourself a choice. You are writing. Right. Now.

Put all thoughts of comparisons, word count aims and what you wish to eat for lunch out of your brain. Recall what sparked this story in the first place, remember what got you excited and whip yourself up into a state of perpetual enthusiasm.

Don’t wait for the writing mood to come to you, go and seize the little imp with your own hands.

Before you is the blank screen or the lined paper, both devoid of words. Don’t panic. Set that first word down, follow it by another and another … and trust me, soon enough, you’ll be swept up in a scene. And you’ll be writing.

I didn’t want to write. In fact, the mere thought of writing caused my brain to become violent in its objections. An iron wall was slammed across the realm of creativity, and I stared at it, perplexed.

As I clearly am now an expert on the matter *cough* I thought I’d better share my discoveries with you.

Put It Down, Step Away From the Bomb

Sometimes you can push through a block, other times you can’t. DON’T DESPAIR. Leave your desk and writing implements and do something else.

If your pen is plastered to your finger, then write someone a letter. If it isn’t, go for a walk, wash up, put your books in alphabetical order, go for a trip, or save the world from murderous pandas.

Seriously. Don’t. Pick up a completely different genre and read that. Your objective is to distract your brain; to fool it into relaxing. Because then … then we spring, my brothers. Then we fall upon these pitiful blocks with our battle cries and war pens and- ahem. Sorry.

If you’ve built up your story in your mind as the story to end all stories, don’t. Push all pressure, awe and aspirations away. Cast ’em into the sea, chuck ’em in the dust bin or burn ’em with dragon fire.

These things can freeze your pen and hinder your creativity under the crushing weight of certain future greatness.

Don’t panic, for this too shall pass.

I managed to conquer my block the next day, the short story is now complete and is awaiting my butchering pen. Huzzah!

Other How To’s, because I am a Very Helpful Hedgehog: How To Write Five Thousand Words in One Evening // How to Acquire Books Without Becoming Penniless // How to Design a Front Cover For Your Book //

Our Intrepid Heroine 2 has stalled. It’s written, all right. It’s even got a smashing front cover and a title with which I’m quite pleased.

However, every time I sit down to wrestle with it … nothing. Zero. Nada. You know when you put two magnets together, but turn one so that they repel each other? Yeah. It’s like that. Somehow, I simply can’t do it. And it’s affecting all of my writing. Because I’m not writing.

Which, for someone with vast dreams of writerly success, is a wittle problem.

So, as with every problem, there is a solution. Mine? I’m moving Our Intrepid Heroine the Second’s Publication Aiming Date to September. And then I’m writing my trilogy and other projects because I am rather sick of producing nothing, nothing at all.

I’m rather disappointed that I can’t share OIH2 with you just yet. But it will be coming. Eventually. In the mean time, in another world I’ve got some dragons to slay and a marriage between a renegade and a willful young woman to arrange.

Whoever said that writing was boring?

While I usually attempt to post once a week, last week’s posting didn’t happen. Therefore, another post might pop up later this week to make up for it.

These past few weeks I fell into a perpetual state of bleeerrrggghhhh-ness. I’d published Our Intrepid Heroine and was awaiting the proof of my new historical-non-magical-fantasy to arrive, with other factors included, I simply wasn’t able to write.

I could stare at my newest project – I stare quite admirably, though I do say so myself – but the words didn’t come.

I did write something; a handful of words in a story that dawned upon me and doesn’t have much of a plot at the moment:

“Mr Browning couldn’t have murdered Miss Redon.” The statement was said with a great deal of force.

There was a silence.

Mrs Haddington, biscuit still held daintily between pale white fingers, directed her forceful gaze at the newspaper. Or rather, at the head behind the newspaper. The tawny head of her husband slowly reemerged as the newspaper was lowered. He met his wife’s eyes reluctantly.

As you can see, I have a promising career as a crime writer.

I’m not quite sure why or how it did.

Perhaps it was the fact that I popped my hair in a pony tail and looked studious with a pair of glasses perched on my nose. (One does feel so much better and more industrious with one’s mane out of the way.)  But then that wouldn’t help if you have short hair.

But, no matter, take courage and have hope – Blergh-ness doesn’t last forever.

Have a great day!