Mary Stewart is a favourite of mine. However, I have a bone to pick with her. Oh, and what is below has spoilers. You have been warned.

This isn’t a review. It’s a Recounting. 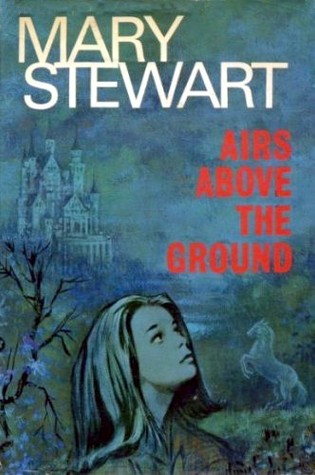 First, the blurb from Goodreads. (One must always have a blurb.)

Lovely Vanessa March, two years married and very much in love, did not think it was a strange for her husband to take a business trip to Stockholm. What was strange was the silence that followed. She never thought to look for her missing husband in Vienna — until she saw him in a newsreel shot there at the scene of a deadly fire. Then she caught a glimpse of him in a newsreel shot of a crowd near a mysterious circus fire and knew it was more than strange. It was downright sinister.

Vanessa is propelled to Vienna by the shocking discovery. In her charge is young Timothy Lacy, who also has urgent problems to solve. But her hunt for answers only leads to more sinister questions in a mysterious world of white stallions of Vienna. But what promises to be no more than a delicate personal mission turns out to involve the security forces of three countries, two dead men, a circus and its colourful personnel. And what waits for Vanessa in the shadows is more terrifying than anything she has ever encountered.

Airs Above The Ground is an exciting book with plenty of adventure, wonderful writing and a sensible heroine who is, to my immense satisfaction, married. I quite like books in which the heroine is married. I’m not entirely sure why.

Lewis, the Husband, is the epitome of dashing and debonair. BUT – and here is my bone – I wish that he wasn’t so, so chauvinistically inclined. Oh, he doesn’t mean to be, to be sure. He is a classic Hero. But, by golly, I wish that Vanessa would be less … less, I don’t know, willing to step back and let Lewis sort it all out?

To be sure, he is much more able to deal with the Villainous Villains. Indeed, Vanessa is probably quite right in letting him take over. It is, in fact, entirely realistic for her to do so. He has much more experience in doing such things than she.

But it doesn’t stop me wishing that she wouldn’t. It doesn’t stop me wishing that, in the final show down, she took down all the Villainous Villains by herself with hitherto unknown ninja skills or sudden inspiration or intrepid daring, or a mixture of all three. Instead, she fights the poker-bearing woman who’s angry about the damage done to her kitchen. And her dish. Her beautiful dish.

“My dish! My dish!” It was only later that Lewis translated for me, but the source of her emotion was unmistakable. “My beautiful dish! You destroy my house! Burglar! Assassin!”  And, poker raised high, she bore down on Lewis.

And it also has Timothy. I love Timothy.

“Beretta .32,” said Lewis, and I heard Timothy give a long sigh of pure happiness.

I still wish that Vanessa developed ninja skills though.

2 thoughts on “Recountings: A bone! I have a bone to pick!”