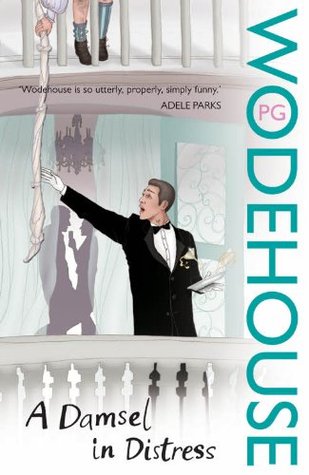 A Damsel in Distress

But today he had noticed from the moment he had got out of bed that something was amiss with the world. Either he was in the grip of some divine discontent due to the highly developed condition of his soul, or else he had a grouch. One of the two.

I absolutely loved reading PG Wodehouse’s A Damsel in Distress. It took a little while to get into it, but then it was brilliant.

Listen, don’t read this book in a coffee shop. It’s a bad idea for your dignity. But then, as I realised recently – in life you can either have dignity or fun. I like to walk a thin line between the two, but I often topple off.

Into which side, I won’t say.

My only quibble was the ending, which though hilarious (fish! butter!) seemed a little too easy for me to swallow.

But, as the summary (pinched from goodreads) says: Comedy reigns supreme as the Earl of Marshmoreton’s sister’s plans for marrying off her relatives to landed gentry go awry.

Reggie’s was a troubled spirit these days. He was in love, and he had developed a bad slice with his mid-iron. He was practically a soul in torment.