I’m currently Saving Money For The Greater Good Of My Future. It’s a trial, but I’m just about bearing it. Here’s how …

You have to sign up for this website, but once you’ve done it – huzzah! You’ve just accessed a library with zonks worth of books that are yours to read FOR FREE! 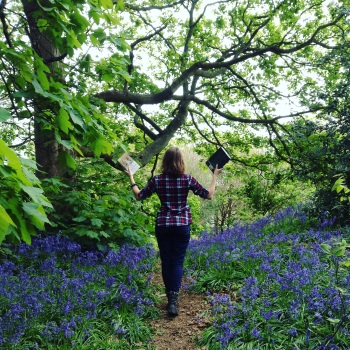 for those who do not wish to sign up for anything. and like older books. you rebels you.

I’ve spent countless hours using this website. In fact, I read the great majority of G.A Henty’s books on Project Gutenberg and I regret nothing; for now I, too, can write a tale of an honest looking youth – not handsome, mind – around the age of fifteen who is VERY VERY COURAGEOUS! and has MUCH PLUCK! (not the kind of pluck one would do on a chicken’s feathers) and lives an exciting life interspersed with a droning, monotonous voice that says Lord So and So moved his armies to such and such a place in the year something or other.

(If you have ever read a Henty, you will appreciate the very great wit which I have just employed. Probably.)

I also read The Rose-Garden Husband, discovered what a love triangle was (SPOILERS: the heroine chose Bill. Or was his name Bob?), and found Sir Walter Scott’s The Bride of the Lammermoor to be disgustingly miserable.

Also – it’s been over eight years and I still can’t spell Gutenberg correctly. I add an extra ‘u’.

for those who cannot afford Audible. and don’t mind listening to strangers talking. for hours.

LibriVox is the spoken form of Project Gutenberg. Some of them are awfully good. I once tried to persuade my brothers that The Scarlet Pimpernel was a magnificent book of magnificent proportions.

It is, and it was, but I didn’t realise that a) Marguerite had so. many. emotions and b) the emotions took up such a great deal of space. I had to reassure my poor brothers that the really AMAZING AND AWESOME PART was coming up soon. It did not, in fact, come up soon. It was at the end of the book. They were not overly impressed.

The Library. Your Local Library.

for those who are willing to leave the shelter of their homes in search of books. introverts around the world salute you.

I have nine books out right now. Nine. One of which is the hefty five book trilogy of The Hitchhiker’s Guide To The Galaxy by Douglas Adams. Do you know how much money that would have cost me to purchase? A fortune. A massive fortune.

Do you know how much money I spent? Nothing. NOTHING.

I ordered a book in the other day – instead of buying the ebook version for £4.74, I spent 45p ordering it. FORTY-FIVE PENCE.

It is a universal truth that libraries make you feel good about yourself. They are peaceful places – unless there is a mother and child group in the children’s section. In which case you will be serenaded by the sweet, sweet sounds of The Wheels On The Bus (Go ‘Round and ‘Round).

Since making the agonising decision to save money on books (it is painful, I can assure you) no less than THREE books have been published by authors I quite enjoy. But if one must have principles, one should probably stick to them. I am using three libraries – my personal one (if I can call my kindle collection, and bookshelves that), my local one, and the online version.