I’m living in Eastern Europe at the moment, TEFL-ing my heart out. English Grammar is an intriguing beast and I am wrestling with it on a daily basis. The upside is that grammar is logical. The downside is that though my brain is extremely fond of logic, it isn’t always very quick to grasp it. It’s fast in a sort of … ‘cold molasses gently oozing down an indecisive hill’ kind of way.

Thankfully, I don’t think my students are being too badly damaged, and dare I say it – are perhaps learning things as well.

Though I’ve never thought of my accent in a negative light – not really – right now I am having a crisis; I have a sort of not-posh posh British accent and it seems that learners find it easier to listen to and understand American English. (Something about the ‘r’s.)

Benefits of Living In Different Places: you find new ways to be humbled.

I mean, fanfiction doesn’t count, right? (WHAT?? YOU READ FANFICTION? Yes. Yes, I do #noragrets) Look. It’s free and it’s fun and sometimes it is written really well. What’s not to like?

I only brought two physical books with me – this one and Holiness by J.C Ryle (I think?) Appointment in Jerusalem has been an encouragement and I shall probably reread it a few times while I am here.

Lydia left her comforts and the Known and traveled to where she believed God had called her. And if that isn’t courage, I don’t know what is. 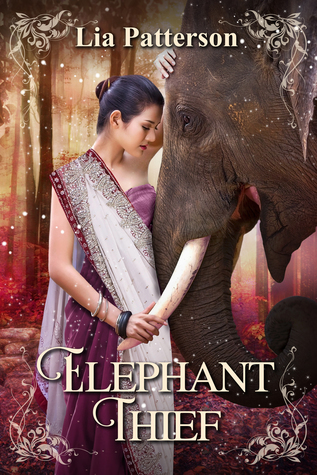 I have always liked Lia’s writing in the fanfiction realm. She’s also written two books and this one is my favourite.

She writes good characters and weaves enjoyable plots with a great dollop of adventure.

What’s not to love?

WRITING … WHY AREN’T YOU DOING IT?

To say I’ve gotten rusty with my writing skills is to say that the earth is round – both are facts and both should never be debated. [But one day I want to go to a flat earth conference … because imagine how interesting it would be? I have so many questions. 1) …  just … how … wut … *much spluttering* 2) BUT SCIENCE-! HISTORY! FACTS! EVIDENCE! 3) Tell me about everything you believe and why and can I write this down and how do you feel about being inserted into a book?]

What I mean to say is – I need to get back to writing a little more than lesson plans. But this will come with time, I think. And that time isn’t right now. Next week, I shall be teaching an extra two classes twice a week.

I am bracing myself.

APPARENTLY, I AM AN IDIOT

… and I have evidence to support this theory. My new apartment, you see, has taps. Running water. That sort of thing.

For perhaps a week, I believed that we didn’t have hot water. It’s the poorest country in Eastern Europe, I thought. You can’t have everything. Turns out … actually, you can. IF YOU TURN THE TAP IN THE RIGHT DIRECTION.

… yes. That sound you are hearing?

Benefits of Living In Different Places: you find new ways to be EXTREMELY humbled.