At the moment, I’m trying to polish up my rusty French. I learnt a phrase many years ago, my French tutor – Babette – taught it me:

(‘I speak French like a Spanish cow.’ *heavy sigh* … and that’s insulting to the cow who would probably form a perfect ‘moo’ in the passé composé, dang it.)

I have less than two months to become moderately fluent in French. I’m not worried. Nope. For I? I have a plan.

MY VERY GENIUS PLAN THAT MUST NOT BE QUESTIONED AND IS OF COURSE GOING TO BE VERY EFFECTIVE:

Just watch, I’m going to be so very fluent. I’ll be able to tell anybody that my hat is coloured black and pink and my boots are big and just where is the Tourist Information Office and did you know I like a cup of tea with milk?!!

And then they will reply.

And then, like a snail being chased down by a glacier, I shall be doomed.

The Hitchhiker’s Guide to the Galaxy was hysterical in places – I say ‘in places’ because I was trying to read the. entire. trilogy. of. FIVE. books. and you can get book tired sometimes; sprain the ol’reading muscle.

The whale, the mice, and Marvelous Marvin were true highlights.

“You can’t throw us into space,” yelled Ford, “we’re trying to write a book.”

“Resistance is useless!” shouted the Vogon guard back at him. It was the first phrase he’d learned when he joined the Vogon Guard Corps.”

Also, I loved that bit with the thing that Arthur Dent accidentally keeps killing and it’s getting so angry with him and he’s just staring at it thinking ‘… you what?’ and then Arthur falls towards the ground and misses and starts flying. 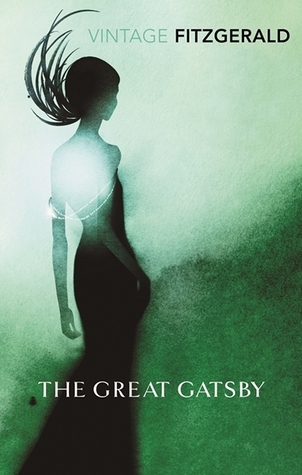 The Great Gatsby was … sad. That quote near the end pretty much sums it up:

They were careless people, Tom and Daisy—they smashed up things and creatures and then retreated back into their money or their vast carelessness, or whatever it was that kept them together, and let other people clean up the mess they had made.

‘They’re a rotten crowd’, I shouted across the lawn. ‘You’re worth the whole damn bunch put together.’

I’ve started rereading some of the Amelia Peabody series by Elizabeth Peters and my word, I really do love them. I want to have the complete series on my bookshelf, but I can’t gather them around me like newborn kittens just yet.

Ah well. I’d better go – there’s a late shift with my name on it and I need to get ready.